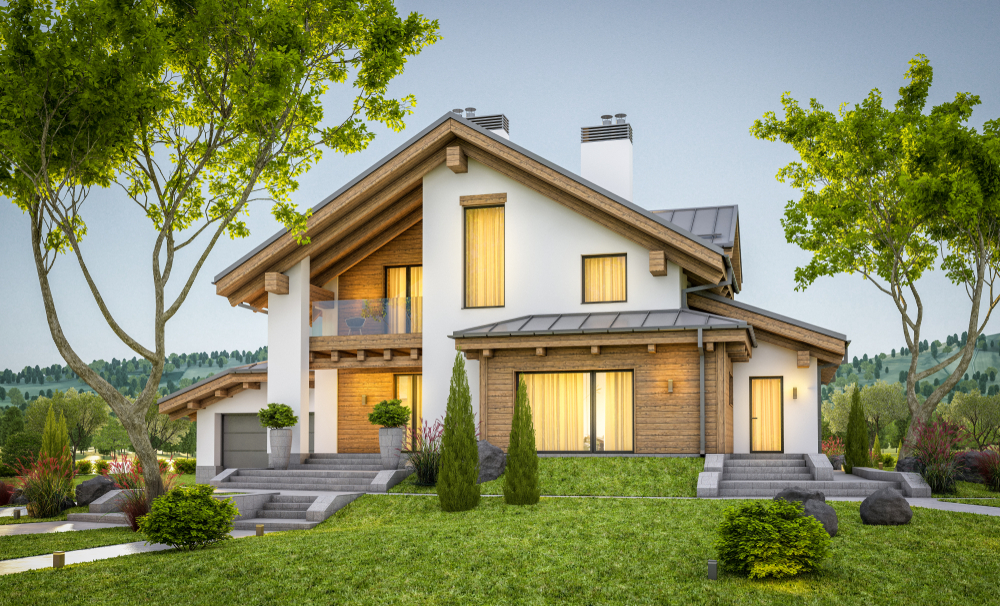 Digital marketing works. There’s no getting around it. For something that didn’t exist just a...

Real estate can be a tricky market to master. If you’re buying your first starter home or buying...

Being healthy at home isn’t just about your diet. Sure, healthy eating is a wonderful...

Purchasing a new home an exciting, emotional experience – and going with a professional builder...

These Words Are Misleading In Real Estate Ads

“The glass is always half full.” “It’s always darkest before the dawn.” “I have not yet begun to fight.”

Few people ever put out a listing that says something like, “This is a house with three small bedrooms, bad plumbing and an unremarkable yard.”

No, sellers and their agents accentuate the positive. Small rooms are cozy. A boring yard may be described as lush merely because the grass is green. A home with bad plumbing may be pitched as offering indoor swimming.

Not that you can blame a seller for pointing out the positives. Still, if you’re a buyer who doesn’t want to be disappointed when touring a home, you’ll want to think carefully about adjectives, and why they are placed in an ad, the next time you’re looking at listings. In fact, some words are so known to be weasel words that many real estate agents won’t use them in an ad.

“Cozy is universally known to be small, so even if a place is really cozy, we won’t use the word in our listing description,” said Samantha Rose Frith, a real estate agent at Warburg Realty in New York.

In general, she added, a home buyer should be suspicious of any phrase that seems out of place in a description. The phrase may be trying to distract you from something that’s negative.

“For instance,” Frith said, “if a broker describes an apartment as ‘pin-drop quiet,’ I become immediately suspicious. Why do we need to know it’s quiet? Is it because it faces a Sixth Avenue bus stop and has noise dampening windows? Or is it because it’s on the first floor, faces the back of a building and being quiet is its best feature?”

So if you’re looking for a new home and reading a lot of listings, watch out for some of these possibly not-what-they-seem descriptions.

In other words, when you read “handyman special,” don’t expect much. But Stewart said that maybe you shouldn’t expect anything.

“What it typically means is $20,000 or more in renovations are needed on a home the seller knows future homeowners won’t be interested in, but they aren’t willing to sell it at the price investors ― the only people that would buy it ― are willing to pay,” he said.

He added that a hint that a handyman special probably isn’t worth checking out is when the listing only shows a home’s exterior photos.

Vibrant neighborhood. This is another phrase that should give you pause, Stewart said. “This could mean anything. Heavy foot traffic, a bus stop directly in front of the house, activity from a large apartment building next door, high crime… We often recommend visiting these homes at night, just in case.”

Developing neighborhood. It may well mean that the area is still underdeveloped, and that there’s a lot of construction projects that will be coming in the short and medium term, according to Daniela Andreevska, the content marketing director at Mashvisor, a real estate data analytics company.

“Even if you don’t see construction machinery today, it might just as well be there in a couple of weeks or months,” she said.

Quiet neighborhood. Good grief, what’s wrong with that? It describes the neighborhood, right? It’s not even a curious phrase, like “pin-drop quiet.” The issue is that everyone has a different definition of quiet, said Michael Pacheco, areal estate agent based out of Nashville, Tennessee.

“Even the quietest of neighborhoods have noise issues from time to time, and noise levels are relative to experience and person,” Pacheco said. While the neighborhood may indeed be quiet, “buyers should always take caution when reading that the property is located in a ‘quiet neighborhood’ and take those words with a large grain of salt.”

Good neighborhood. Actually, nothing is wrong with this phrase, but like “quiet neighborhood,” it tells you very little, Andreevska said.

“This term is so vague,” she said. “It can mean one of the best neighborhoods in town, and it can also mean a neighborhood that’s all right.”

Backs up to a green belt. This sounds terrific. Who wouldn’t want to live next to a green belt? As you probably know, that’s not just an interesting wardrobe choice ― it’s also a term that describes an open area of land, and often it means that construction is prohibited or limited in that area so wildlife can have some space to live.

Go check out the house, for sure, but keep your expectations in check. Cassie Villela, a property manager and realtor in San Antonio, Texas, said, “I cannot count the number of times I’ve taken clients on a showing who are looking for the beauty and peace of nature behind their home, only to find out that the reason for the green belt is gigantic, ugly, buzzing power lines. It is a frustrating experience for everyone, including the sellers.”

Updated. It may be a good home. Just recognize what you may be getting. “In my experience, the word ‘updated’ in listing descriptions often misleads buyers. They often think ‘updated’ means newly renovated,” said Carol Breitman, a licensed real estate salesperson with Citi Habitats, a real estate brokerage in New York.

So what does updated often really mean?

“Instead it means that some updates have been made to the home over time, such as new appliances in the kitchen, but they could have been completed a few years ago,” Breitman said. “When showing these properties, clients are often disappointed when they see this hodgepodge of some new and some old.”

Comfy. Who wouldn’t want a comfy home? True enough, but it usually means “worn out,” said Julie Upton, an entrepreneur with a California real estate license who has written copy for real estate listings.

Partial views or peek-a-boo views. You’ll be straining your neck to see the view, according to Upton.

Fanciful. That’s often a synonym for “bizarre and ‘way out there,’” saidElizabeth O’Neill, an agent with Warburg Realty.

One of a kind. That could mean trouble, O’Neill said. “One of a kind should really beg the question, ‘If it was really a compelling design, wouldn’t others have followed?’” In other words, maybe there’s a reason this home is one of a kind?

Dramatic. “It’s most often meant to convey bold design elements and approach,” O’Neill said, but the word in a real estate context more often means that “this is way different than you could imagine.” She also said that she suspects most homebuyers will feel that they have enough drama in their lives and can pass on looking at a home that describes itself as dramatic.

Transports you. “Another watchword,” O’Neill said. “While the words hold so much promise, it typically means, ‘Takes you somewhere you don’t want to go,’ and, ‘You’ll definitely want to leave this place soon.’”

5 Ways to Brand Yourself as a Real Estate Agent

Attention to detail is everything when it comes to personal branding for real estate agents. Real estate branding is not unlike any other business…

Here's the worst kept secret in the real estate industry: it's tough! It ebbs and flows. It moves from a buyer's market to a seller's market, sometimes…

HOMES FOR SALE AND REAL ESTATE

Homes & Land is an all-inclusive real estate web site offering thousands of luxury home listings and houses for sale in over 300 markets throughout the US and CA. Each real estate listing provides extensive information about the property for sale along with photos, virtual tours and local housing market information. The information available on www.HomesAndLand.com goes far beyond the real estate listing, you can also find real estate tips, moving guides, mortgage rates, home selling guides or you can get expert assistance from a top real estate agent. Our goal is to make it easy to find your next new home. Simply enter a city and state, zip code or county in our search bar to see the newest homes for sale in our vast real estate listing database including the most recent MLS houses for sale. You can save your favorite search and subscribe to an email alert to receive automated real estate updates emailed to fit your specifications. Subscribing to your favorite Homes & Land eMagazine has also never been easier! You can now subscribe to the Homes & Land magazine available in your preferred area and be the first to browse the newest issue. From within the magazine, you can also click to contact top real estate agents in the area that will answer your questions about the listings or the local housing market.

About Homes And Land: Homes & Land Magazine is the most popular and widely read real estate listings publication in the U.S. and Canada. Each magazine contains detailed listings for homes, houses, condos and land for sale, as well as new homes and apartment rentals. Each listing is also available here on our web site through our listings search. You can also order magazines for your local area to carry with you to find homes for sale.